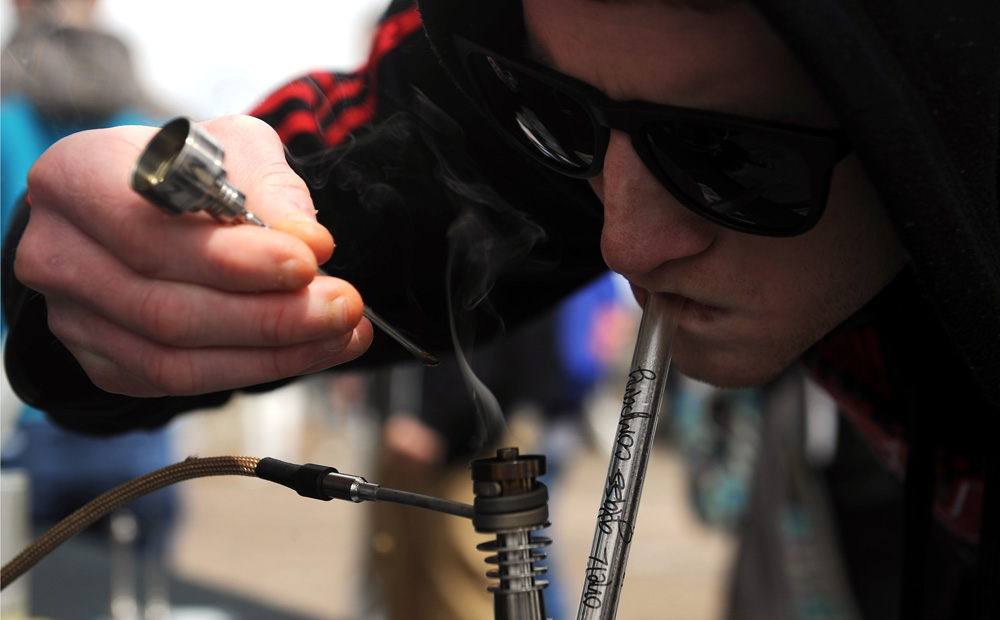 Walk around any hemp festival or Cannabis Cup in the United States and you’ll notice two products popping up all over the place: vaporizers and dab rigs. In many ways, these trends represent two competing directions for the cannabis industry.

On one hand, vaporization has blown up as a health trend for cannabis lovers. Most forms of cannabis consumption have some type downside: smoking cannabis still subjects the consumer to charred plant matter, and many edible companies still rely on sugary desserts as a vehicle for infused products. Vaporizing your cannabis is the only surefire way to avoid the most common cons to cannabis consumption since the process doesn’t create smoke and is 100% calorie and sugar-free.

On the other hand, much to the horror of the typical cannabis naysayer, dabbing has also risen dramatically in popularity. Yet, the biggest opposition to dabbing doesn’t have as much to do with health as the general appearance of the activity–when you begin to take a blow torch to a metal nail and pack the oil down, consuming marijuana suddenly looks almost entirely like consuming something else.

To get an expert opinion on these two subjects, the Leafly team had the chance to talk Seibo Shen of VapeXhale. Recently, Shen has been battling with one particular question: how do you give consumers the experience of dabbing without all the stigma?

In an attempt make the process healthier, Shen and his team have designed a concentrate attachment that lets consumers vaporize cannabis concentrates rather than dab them, which uses a mixture of vaporization and combustion to transform concentrate into a smokeable form.To better understand what role heating technologies play in your cannabis consumption, we put together a quick lesson in basic mechanics. Here’s all you’ve ever wanted to know about heat: 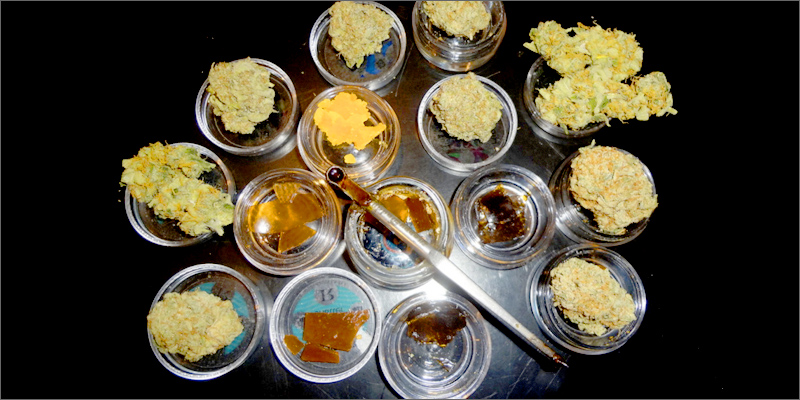 Vaporization vs. Dabbing (or Conductive vs. Convective Heating)

Though dabbing has developed a scary reputation, in many ways the activity is actually much healthier than smoking. Yet, when enthusiasts are trying to consume cannabis in the safest way possible, there are a few things you need to understand about what’s happening to the cannabis when it’s heated in particular ways. Namely, you’ll need to understand what the difference is between conductive versus convective heating.

Vaporizers and other tools that rely on conduction to transform cannabis product into smoke or vapor typically use flower or concentrate directly applied to a hot plate to change a product into a useable form. When dabbing, the “hot plate” is an ultra-hot metal nail that is heated to extremely high temperatures using a small blowtorch.

“Dabbing may be less harmful than smoking,” explained Shen, “but it’s still not vaporizing. When you’re heating the TI nail 900 to 1000 degrees and you’re dropping some oils onto it and watching it sizzle, that pad is getting hotter than a frying pan when you’re frying your food. Those char marks that are created, that’s combustion. That is also what happens when you use combustion to heat concentrates for dabbing.”

Rather than heating the cannabis matter directly with a heating element, convective vaporization uses an electronic mechanism to heat air. Once the air reaches a certain temperature, the hot air actually heats the cannabis flower and/or concentrate, extracting the THC and turning the material into a vapor without charring the substance.

What to Look for in a Quality Vaporizer

Though vaporization is one of the healthiest ways to consume cannabis, not all vaporizers are the same.

Depending on the model, different vaporizers can rely on the same methods for activating and extracting cannabinoids as other activities, like dabbing. Yet, as vaporizer technology becomes better each year, consumers need to begin understanding what to look for in a quality machine.

“When we began looking at vape after vape, we noticed a common trend: the heater is sitting in the same chamber as the electronics,” Shen explained. “As in many electrical devices, most of the individual components are held together by solder. This is concerning because when that heating element begins to warm up the solder, that metal can begin off-gassing. The last thing someone who is conscious of their health wants to be concerned about is inhaling anything other than cannabis vapor.”

Not only that, but vaporizers that rely on adding water to the machine may face an additional problem: “Many vaporizers use aluminum heaters, which are perfectly fine, but if any sort of moisture happens to get down into the heating chamber, that metal will begin to oxidize and it can rust. Obviously you don’t want to inhale something that’s rusted.” 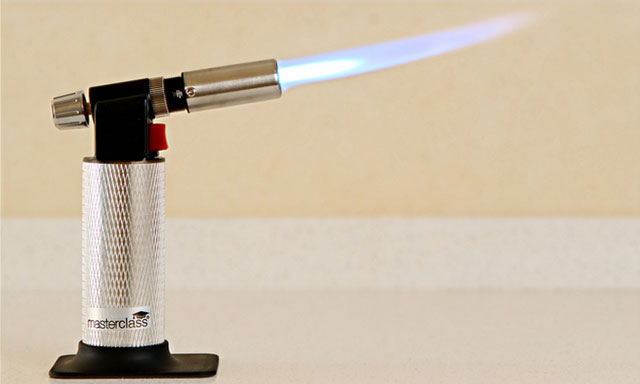 The final thing that you need to be concerned about when vaping, dabbing, or relying on heat to consume your herb is temperature. Often times, avid cannabis consumers turn up the heat on their vaporizers (or try to make their dab rigs boiling-lava hot) to produce an extra thick vapor or smoke.

This creates one major problem: benzene.

Benzene is a common carcinogen that can be found in everything from car exhaust to soft drinks and tobacco. While cannabis tends to produce low benzene levels (a 1986 study found that benzene levels in cannabis consumers are lower than those of tobacco consumers, but higher than non-smokers), the chemical can still be released when consumers heat their product over 365 degrees.

“If you’re vaporizing for health reasons,” Shen said, “you want to stay below 365 degrees. One of our major goals was to create a vaporizer that would give consumers that thick, tasty vapor without having to crank the temperature above 365 degrees.”

The cannabis industry is becoming more high-tech each year. As more research and information about individual products comes out of the woodwork, more entrepreneurs are focusing on creating products that both work well and also give consumers the safest cannabis experience possible. Though people have been vaping and smoking for over a decade now without any major complications, finding new ways to ensure that cannabis maintains its newfound good reputation is always a positive for anyone hoping to make the cannabis industry their future.

Would you like to know more about the world of medical cannabis and CBD? Do not hesitate to contact us.
Write an e-mail at [email protected] or leave a message to social media channels, Facebook @ hempoilshop.cy or Instagram!
hempoilshop.cy 211 4010715

About Pan’s Ink terpene mix, what it is?